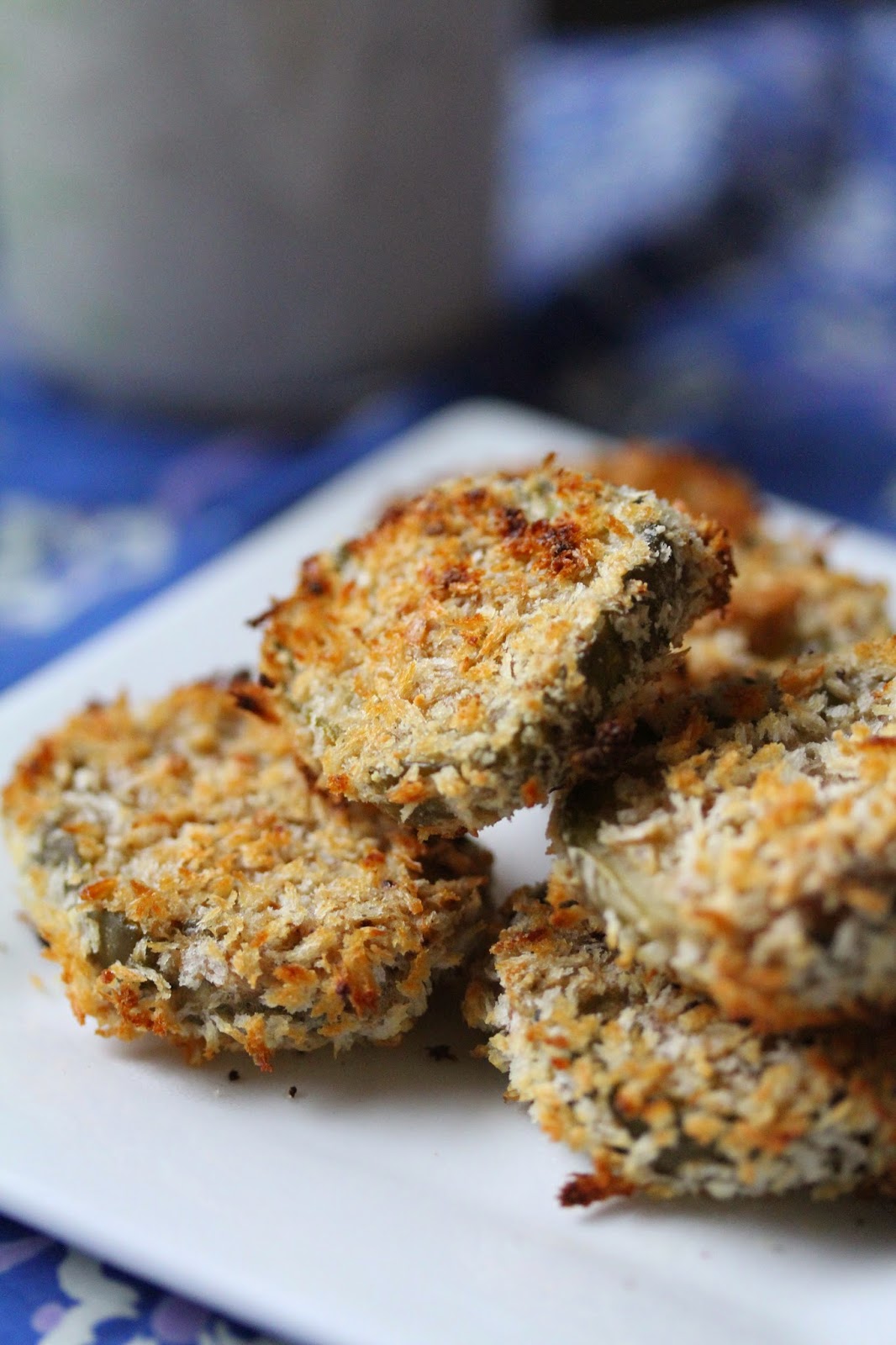 Having a Super Bowl party?  This is a great addition to our appetizer table.  The recipe calls for dill pickles but why not make both sweet and dill pickles and add a couple other sauces for dipping.  These little guys are addicting!

Place an oven rack in the middle position and preheat the oven to broil.  Spray a cooling rack wth nonstick cooking spray and place it on top of a baking sheet.

Wisk the egg replacer with the flour, vegan Worcestershire sauce, hot sauce, chili powder, garlic powder and a pinch of salt and pepper in a medium bowl.  In a large bowl, combine the breadcrumbs and Parmesan.

Drain the dill pickles and pat dry with paper towels.  Working in batches, toss the pickles in the vegan egg mixture so they are fully coated.  Remove the pickles, letting the excess drip off, and transfer to the breadcrumb mixture.  Toss to fully coat.  Spread the pickles out on the prepared cooling rack in a single layer (with none overlapping).