This soup is a great way to get some nutritious carrots into your system.  I really love the pop of flavor the fresh minced ginger brings to the party.

If you are looking for a new Vegan Cookbook to add to your collection, this one is filled with pretty pictures and the recipes are broken out into Holiday chapters, giving you lots of options.

Preheat a 4-quart pot over medium heat.  Heat the oil, then sauté the onions with a pinch of salt until lightly caramelized, about 7 minutes.  Add the garlic and ginger and sauté until fragrant, about 30 seconds.

Add the broth and remaining 1/2 teaspoon salt and scrape the bottom of the pan to deglaze.  Add the carrots, cover the pot and bring to a low boil.  Boil until the carrots are completely softened, about 15 -20 minutes.  Add the coconut milk, maple syrup, and lime juice and heat everything through.

Thin the soup with a little water if necessary, then taste and adjust for sweetness, salt and pepper.  **This is when I added the rest of the coconut milk that was left in the can. 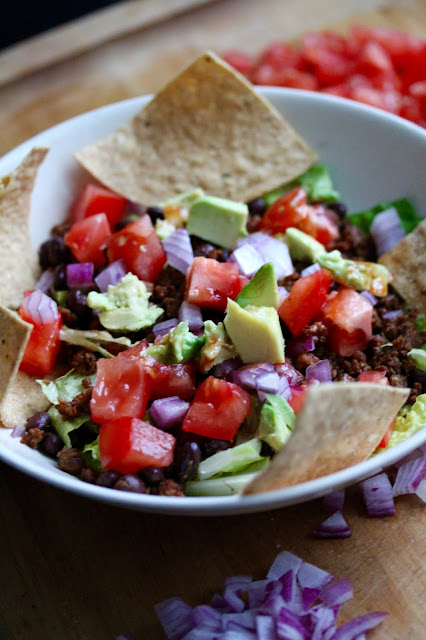 We kept our salad pretty basic and didn’t use corn or olives and it was plenty good!  Love the spice combination that is added to the beefless meat.  We used leftover mixture to make burritos the next day.

Dressing:
In a screw-top jar, shake to mix the oil, ketchup, vinegar, sugar, salt, and cayenne.

If you are going to use the corn and it is on the cob … heat a large dry skillet over high heat until really hot.  Put the whole ears of corn in the pan until the underside is charred, about 3 minutes. Keep cooking, turning two more times, until the corn is charred in spots all over 8-9 minutes.  If using thawed frozen kernels, char them in the dry skillet in a single layer, only stirring once or twice, until slightly blackened, about 6 minutes.

Let  the pan cool a bit  Add the oil and heat over medium-high heat until shimmering-hot. Add the beefless meat, breaking it up, Cook approximately 5-6 minutes.

Drain most of the liquid from the pan but leave enough to keep the beefless meat juicy.  In a small bowl, combine the paprika, cumin, garlic powder, oregano, cayenne, salt and black pepper.  Add the spice mixture to the beefless meat along with the black beans and 1/2 cup water.  Cook, stirring gently, 5 minutes.  Remove from the heat, let cool slightly, and stir in the cilantro.

Arrange the lettuce in big salad bowl and top with the mixture.  Cut the corn from the cobs and add it to the salad with the tomatoes, avocado, and olives (if using).  Pour the dressing over the salad and crumble the chops all over the top.  Sprinkle with the onion and top with the vegan sour cream. 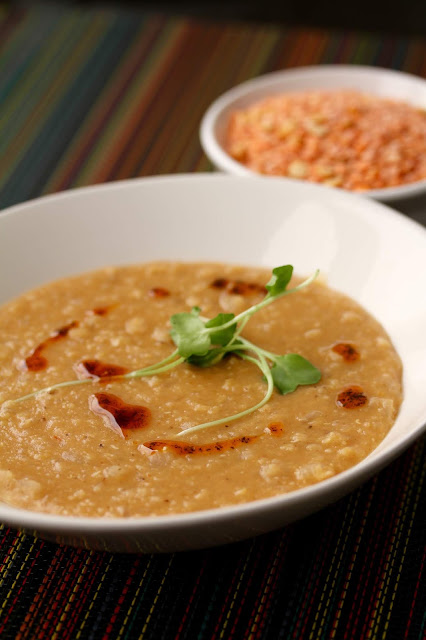 Enjoy this Lentil soup with some fresh, warm pita bread and a vinegary salad.  I pureed the soup a bit at the end of cooking and added more lemon juice, but it is not necessary.

Heat 2 tablespoons oil in large saucepan over medium heat until shimmering.  Add onion and 1/2 teaspoon salt and cook, stirring occasionally, until softened, about 5 minutes.  Stir in coriander, cumin, ginger, cinnamon, 1/4 teaspoon pepper, and cayenne and cook until fragrant, about 2 minutes.  Stir in tomato paste and garlic and cook for 1 minute.

Stir in broth, water, and lentils and bring to vigorous simmer.  Cook, stirring occasionally, until lentils are soft and about half are broken down, about 15 minutes.

Whisk soup vigorously until broken down to coarse puree, about 30 seconds.  Adjust consistency with extra hot broth as needed.  Stir in lemon juice and season with salt and extra lemon juice to taste.  (I used an emulsion blender to smooth a little more).
Cover and keep warm.

Heat remaining 2 tablespoons oil in small skillet over medium heat until shimmering.  Off heat, stir in mint and paprika.  Serve, drizzling individual bowls with 1 teaspoon spiced oil and sprinkling with cilantro.
Posted by Ramona & Kevin at 1:55 PM No comments: 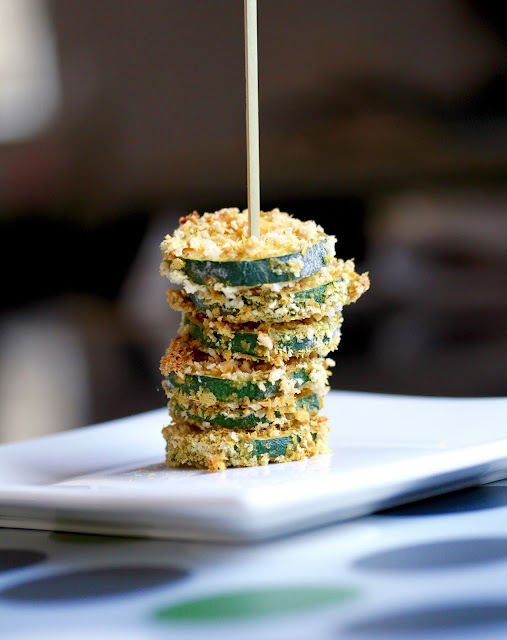 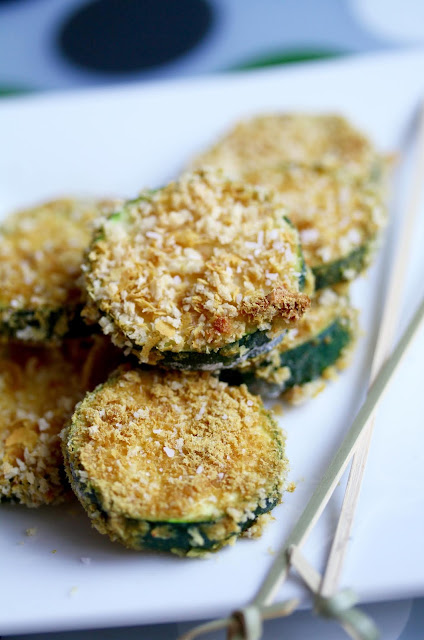 When making these rounds or fries, keep in mind that they don’t store well in the fridge, they get soggy, so make the amount you think you will eat right after baking.

These can be made into fries instead of rounds by cutting   1/2” in thickness and 3-4” in length.  Dip into vegan Ranch Dressing or regular old ketchup.

Mix flour, salt, pepper, and paprika in a bowl.  Set aside

Combine breadcrumbs and nutritional yeast in a third bowl.

Cut the rounded ends off the zucchini and cut into round discs or long fries.

Coat one fry/round in flour.  Shake off excess flour.  Dip into aquafaba.  Then dip into breadcrumb bowl.  Place fry on rack.  Repeat with remaining fries/rounds.

Bake on a wire rack on top of a baking sheet.  Cook for 15-17 minutes or until brown and crispy.