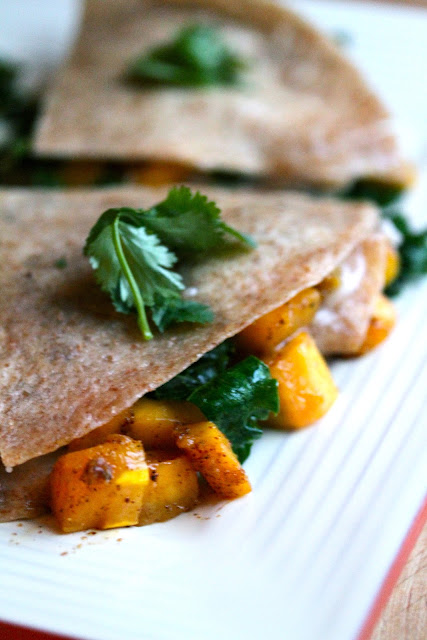 Every time Kevin goes to the Framer's Market, he comes home with another squash which has forced me to seek out new and interesting squash recipes.  We liked the combination of sweet and savory all in one bite.

Heat 1 tablespoon soy butter and olive oil in a large skillet over high heat. Add squash and sprinkle with salt, pepper, and chili powder. Cook for several minutes, turning gently with a spatula, until squash is deep golden brown and tender (but not falling apart.) Remove to a plate and set aside.

In the same skillet, melt 1 tablespoon soy butter over medium-high heat and add in the Kale.  Toss it around with tongs and cook for 3-4 minutes. Add the cooked squash and gently toss together. Set aside.

In a separate skillet, melt additional soy butter and lightly brown both sides of the 8 tortillas. Build the quesadillas one by one by adding a layer of soy cheese topped with a layer of the squash/kale mixture, topped with a second tortilla.  You’ll have four quesadillas when you’re done.

Brown each quesadilla on both sides, adding more soy butter to the pan to make sure tortillas are nice and golden.  When soy cheese is melted, remove from skillet and cut into four wedges.
Posted by Ramona & Kevin at 4:10 PM No comments: 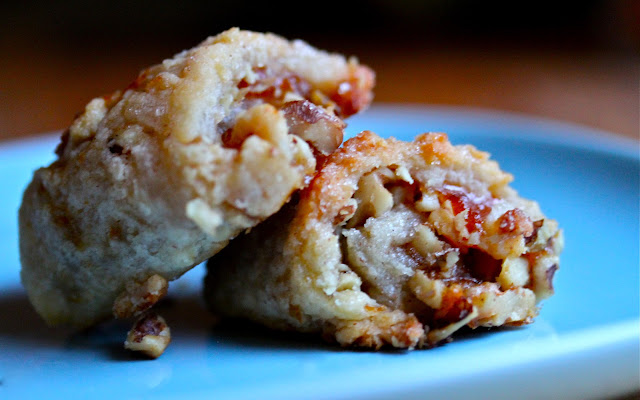 How about grabbing one of these cookies to go along with your hot cup of coffee on this brisk, blustery winter morning.  I actually first made these over the holidays and realized I should have made a double batch because everyone LOVED them.

Blend together dough ingredients.  This works best if you use your hands.  Roll into a ball.  Refrigerate over night, or freeze 2 hours.
After removing from freezer, place dough on a well floured surface.  Roll very thin into a rectangular shape.
Spread filling ingredients on top of dough to cover.  Slice the dough in half vertically.  Then slice into one inch strips.  Roll into a wheel shape.  Brush with melted soy butter and sprinkle with a little of the cinnamon sugar if you have some left. 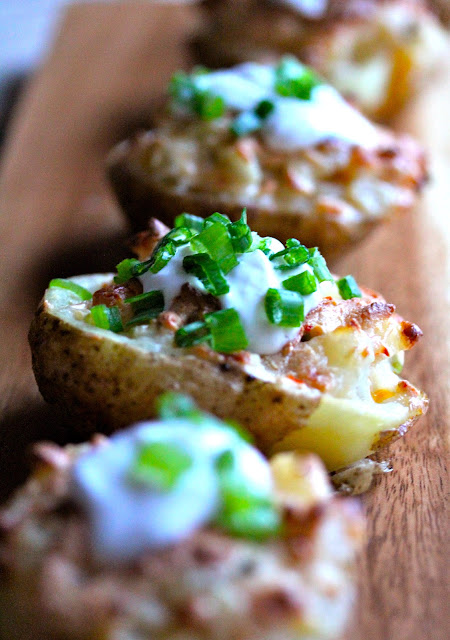 Enjoy these as a snack or a meal with some Tempeh Bacon crumbled on top and a big healthy salad on the side.

Preheat the oven to 375 degrees
Drizzle the potatoes with the olive oil and toss them to coat.  Roast the potatoes for 20-25 minutes, or until they are tender and the skin is slightly crisp.

Halve the potatoes, Use a spoon or small scoop to remove the insides, leaving a small margin of potato intact. To the scooped-out potatoes, add all the ingredients and mash until the potato mixture is totally smooth.  Adjust the salt and pepper as needed.

Scoop the mixture into the potato shells. At this point, you can cover and refrigerate them until dinnertime.  Bake the potatoes for 20 – 25 minutes, or until golden brown on top.
Posted by Ramona & Kevin at 9:29 AM No comments: 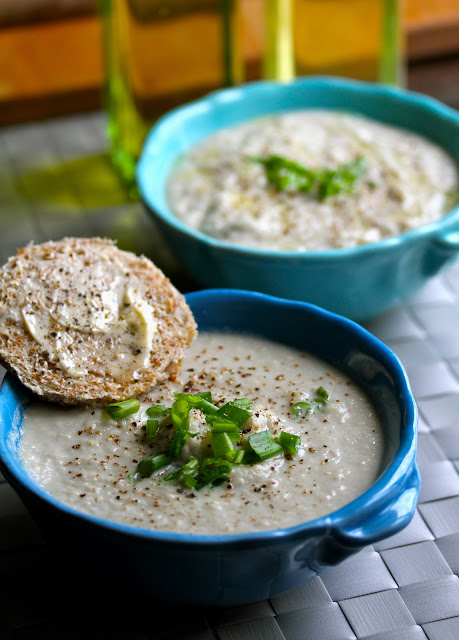 I had lots of cauliflower on hand so I searched for a recipe that was a bit different than my normal cream of cauliflower soup.  Since I always have a can of artichoke hearts in the cupboard, this recipe caught my eye.  Surprisingly, the cauliflower and artichoke make a good combination.

Put mixture into blender, working in batches if you need to … and be careful since it’s hot.  Add coconut milk and so/almond milk.  Blend until smooth.

Return to pot and re-heat. Season to taste with salt and pepper
Posted by Ramona & Kevin at 4:25 PM No comments: 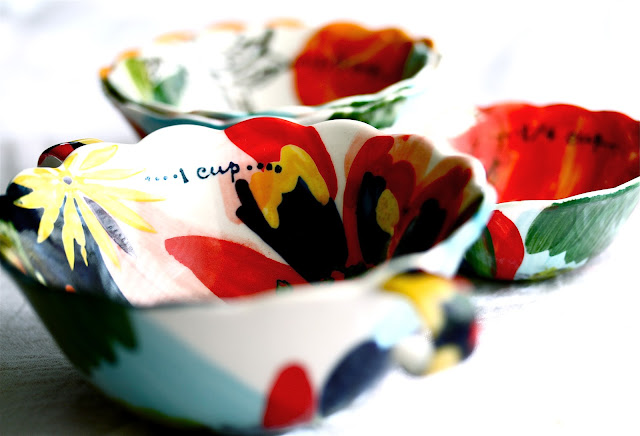 Kevin bought me these pretty little measuring cups for Christmas -- I love them.  He also got me some measuring spoons to match.  It's a nice way to brighten up your kitchen!
Posted by Ramona & Kevin at 6:59 PM 1 comment: 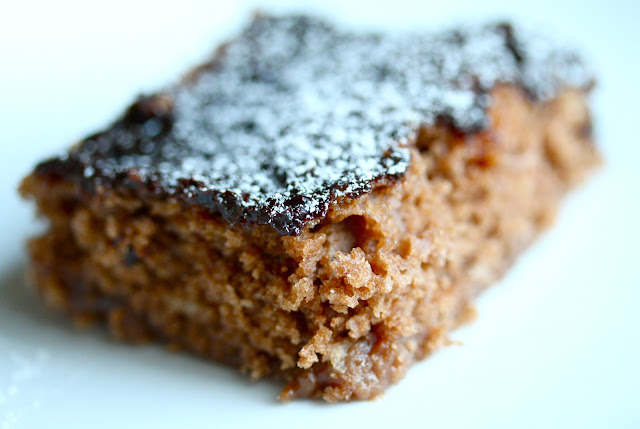 I usually cut back on the sugar in most recipes but this time I included the exact amount the recipe called for but it ended up too sweet for me so I think I would alter the sugar next time – and believe me, there will be a next time!  Super delicious and decadent.

Sift 3/4 cup of sugar together with flour, baking powder, and salt.  Melt the chocolate and margarine gently using a double-boiler.  Add the melted chocolate and margarine to the dry ingredients, to create a batter.  Add the soy/nut milk and vanilla to the batter.
Pour the batter into a greased 9 x 9 inch pan, covering the bottom of the pan.  Combine the remaining half-cup sugar with the brown sugar and cocoa.  Sprinkle the sugar and cocoa mix evenly over the top of the batter.  Now, pour the water directly on the top layer.  Do not mix the water into your cake, it will naturally seep in of its own accord, causing the cake to take on a wonderfully decadent hot fudge texture in areas of the overall moist chocolate cake effect.  Bake for 40 minutes at 325 degrees.
Serve hot, topped with Soy Ice Cream.  Refrigerate the rest and enjoy it cold, without topping the next day.
Posted by Ramona & Kevin at 2:08 PM No comments: 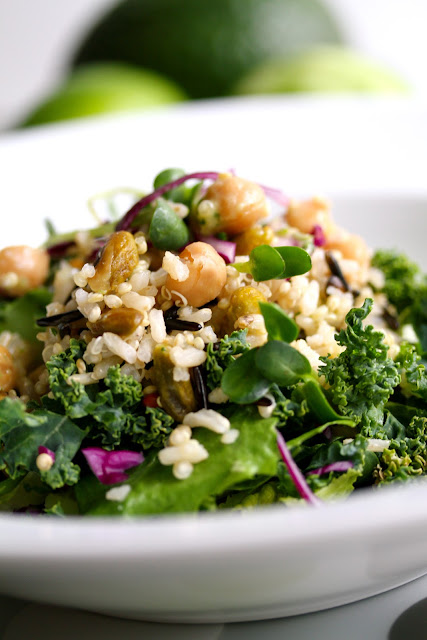 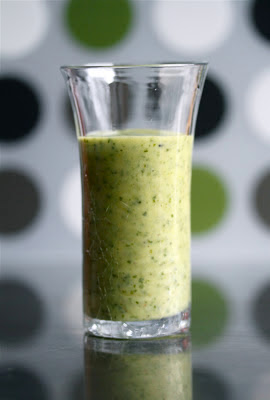 Now that the holiday's are over, I thought it would be a good time to post a nice, healthy salad!
We went to a local restaurant for my birthday dinner and I had this amazing salad.  It was so good that we went back the next day for lunch and ordered it again.  I did my best to replicate it, just switched out the pumpkin seeds with pistachios. Use your favorite greens and nuts to make it your own favorite salad.  Next time I make it I’ll add some fried tofu just to bump up the protein.

I made double the vinaigrette so I could use on veggies throughout the week.

Place all ingredients in a blender or food processor until smooth and creamy.  Cover and refrigerate until serving.  Can be stored for 2 days.
Posted by Ramona & Kevin at 3:07 PM 1 comment: