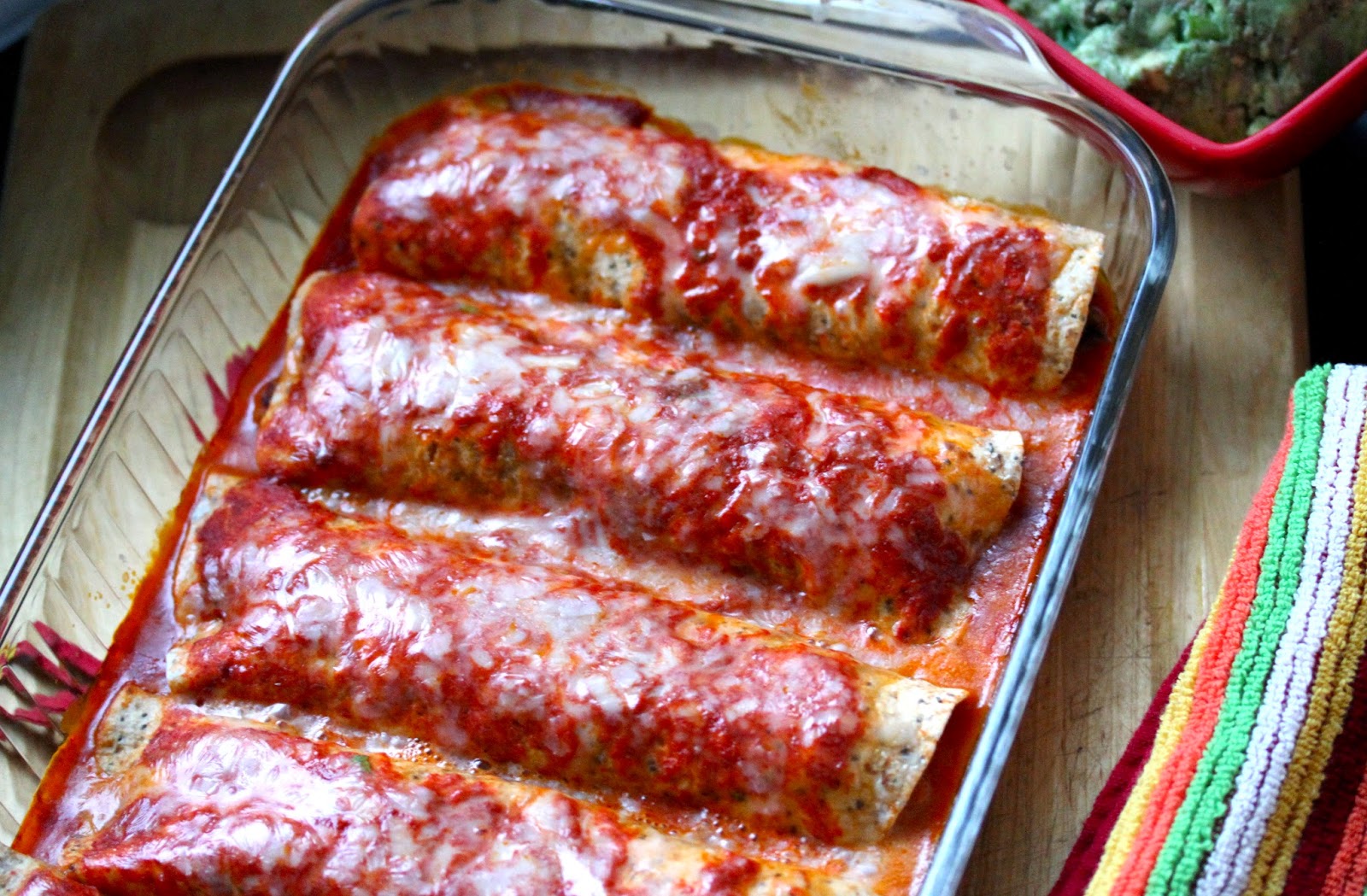 I'm always inclined to make some sort of Mexican dish on Fridays, I don't know why, maybe to celebrate the end of another work week or the beginning of a wonderful weekend to be spent with family and friends.  I serve this with a side of Cilantro Lime rice.


I ended up mashing the beans and sweet potatoes a bit which I think gave me more filling because I used large tortillas and only made half the recipe and got probably six enchiladas with some extra filling.

Preheat the oven to 425 degrees.  In a large saucepan, heat 2 tablespoons oil over medium.  Add the onion, garlic, cumin, brown sugar, chipotle and adobo sauce.  Season with salt and pepper and cook, stirring occasionally, until the onion softens, about 5 minutes.  Add the beans, sweet potatoes (I mashed a bit in the pan) and 2 cups water; bring to a boil.  Cover, reduce the heat to low and simmer until the sweet potatoes are tender and liquid is absorbed, about 5 minutes.

In the bottom of a 9 x 13” baking dish, spread 1 & 1/3 cups enchilada sauce.  Dredge both sides of the tortilas in the sauce.  Divide the filling among the tortillas, roll up and arrange in the dish, seam side down.  Top with the remaining sauce and vegan cheese.

Bake the enchiladas until armed through, about 10 minutes, then broil until top is golden brown, 2-3 minutes  (I forgot to do this).  Let stand 15 minutes before serving.