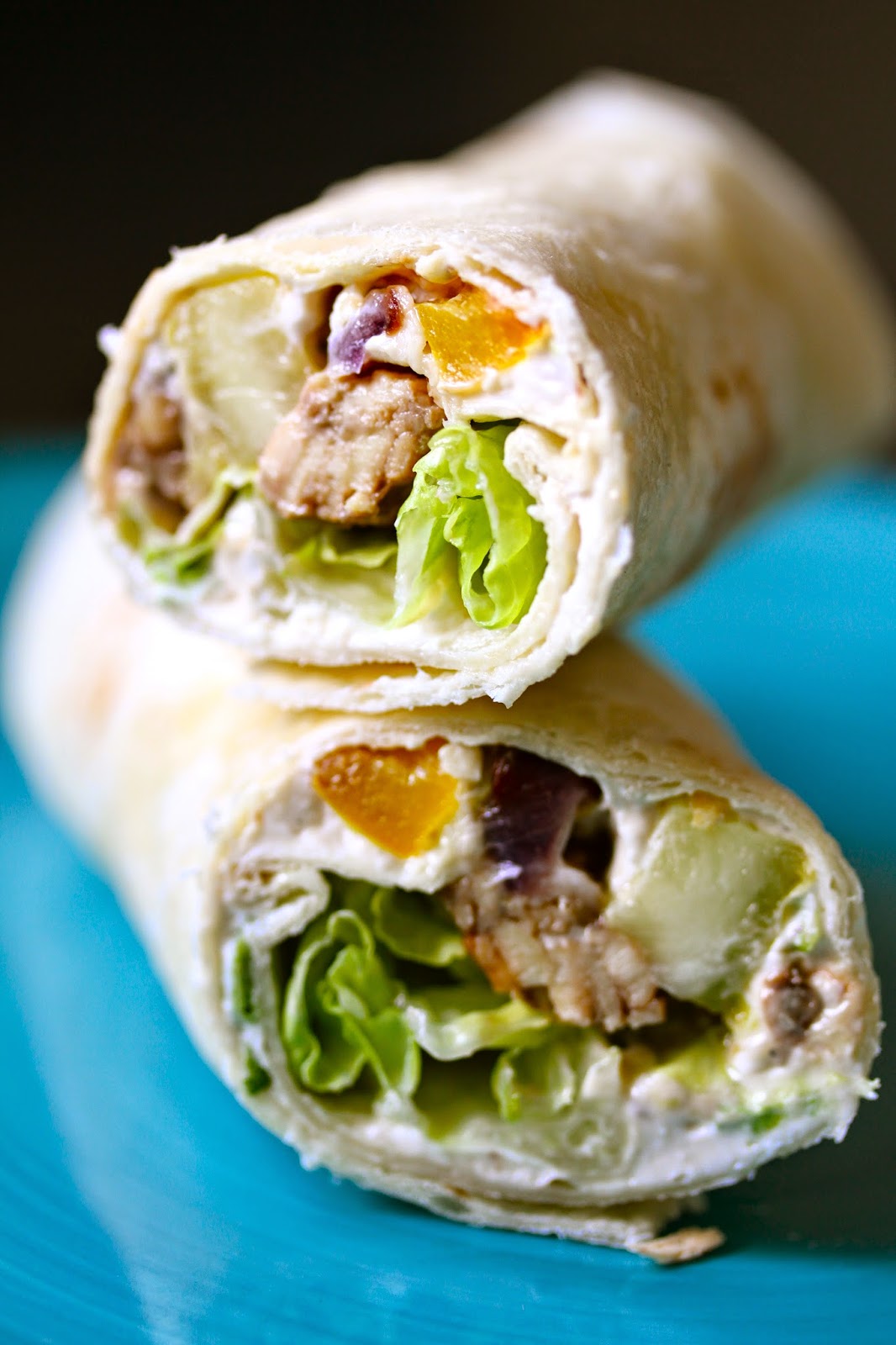 We plan to take these wraps to an outdoor concert tomorrow night as a little pre-concert snack along with cashew cheese and crackers.

Put vegan cream cheese in food processor and add Worchester sauce (I put in gradually because you want the dressing to be pretty thick but spreadable.  Add green onion whites, garlic salt and pepper then give a whirl.  Once the consistency is to your liking and flavor has a zing, add the green part of the onion and mix by hand.

Any assortment of veggies will work.  I just used what I had in the fridge.

Place veggies on baking sheets, drizzle with olive oil then salt and pepper.  Bake at 400 degrees for approximately 20 minutes.

1          block Tempeh, cut in half then marinated with a bit of soy sauce, veggie broth
and a splash of white wine vinegar.  Let marinade for approximately 15 min.

Cut into slices (cutting tempeh in half to make thinner).

Fry up the slices, in a bit of olive oil.  Pour remaining sauce over Tempeh.
Cook approximately 10 minutes, until brown.

Assemble in a large flour tortilla.  This made 3 tortillas.

Spread a generous layer of vegan cream cheese spread in middle of tortilla then add:

Then cut filled tortillas in half and serve.
Posted by Ramona & Kevin at 6:45 PM