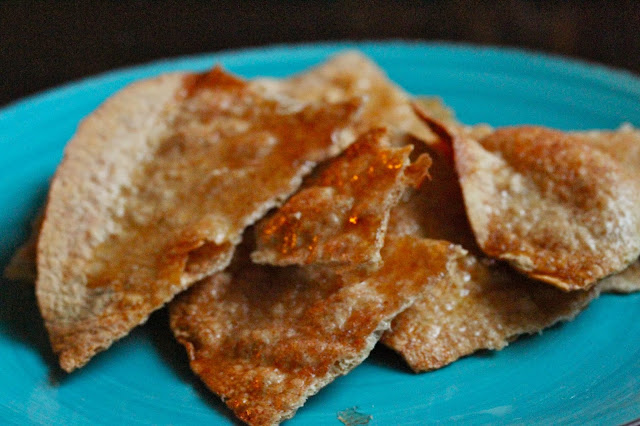 Ever have left over tortillas?  We always seem to have them in our fridge and we thought this was a great idea for a sweet snack.

Combine the sugar and cinnamon in a small bowl. Place the tortillas on a baking sheet and brush both sides with the belted vegan butter.  Sprinkle both side of the tortillas generously with the cinnamon and sugar mixture.

Bake until golden brown and crisp, about 15 minutes, and then allow them to cool to room temperature.

Break into large pieces and set aside.
Posted by Ramona & Kevin at 8:09 AM